The civil unrest in Sri Lanka has escalated to unprecedented levels over the past few days as the protests against the country’s government over the economic crisis continue. Mahinda Rajapaksa (76), who resigned as the Sri Lankan Prime Minister on Monday, is facing calls for arrest for inciting violence that claimed at least eight lives.

ALSO READ | How the economic crisis unfolded in Sri Lanka

A riot police officer fires tear gas cans to push back the supporters of Sri Lanka’s ruling party during a clash with anti-government demonstrators. (Reuters) 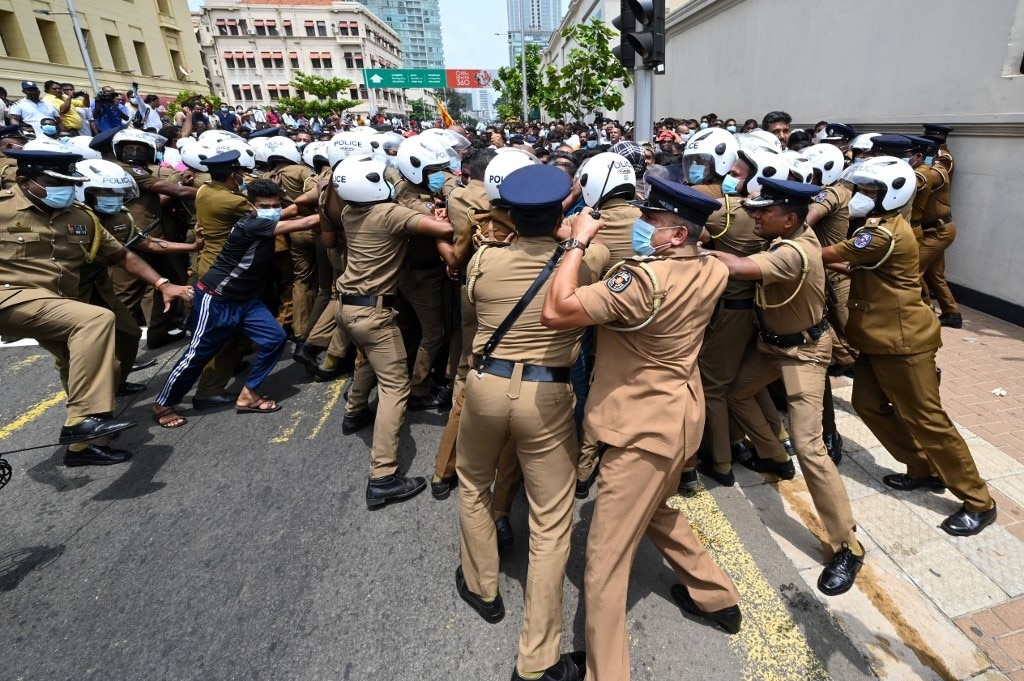 Government supporters and police clash outside the President’s office in Colombo on May 9, 2022. (Photo: AFP)

Here’s a quick roundup of what’s happening in Sri Lanka:

1. Supporters of Mahinda Rajapaksa clashed with the anti-government protesters, who demanded his ouster over Sri Lanka’s worst economic crisis that has led to acute shortages of food, fuel and medicines and prolonged power cuts.

People burn down the houses of MPs and ministers in Sri Lanka, the death of a Member of Parliament
#SriLankaProtests pic.twitter.com/0CpRcp7REK Demonstrators and government supporters clash outside the official residence of Mahinda Rajapaksa in Colombo. (Photo: AFP)

3. Sri Lanka’s Ministry of Defence on Tuesday ordered the Army, the Air Force, and the Navy personnel to open fire on anyone looting public property or causing harm to others. Nearly 250 people have been injured in the violence in Colombo and other parts of the country.

4. Prime Minister Mahinda’s House in Kurunegala was also set on fire by protesters while a mob also destroyed D A Rajapaksa Memorial – constructed in the memory of the father of Mahinda and Gotabaya – in Medamulana, Hambantota.

5. The Sri Lankan government has imposed a nationwide curfew and deployed troops in the capital, Colombo.

6. The attack on Rajapaksas’s and other politicians’ homes sparked speculation that they fled to India. The Indian High Commission in Sri Lanka on Tuesday refuted such rumours as “fake and blatantly false”. Mahinda Rajapaksa, along with his family, was reported to have fled his official residence and taken shelter at a naval base in Trincomalee on Tuesday.

7. Anti-government protesters have reportedly set up a checkpoint on the road leading to the Bandaranaike International Airport in Colombo to prevent the Rajapaksa family and its loyalists from fleeing the country.

Protesters in Sri Lanka have gone to the homes and offices of corrupt government officials and burnt them down, as seen in this video. A large number of expensive cars and trucks are burnt to the ground. pic.twitter.com/3lPfTAnHhI

8. Sri Lankan Parliament Speaker on Tuesday requested embattled President Gotabaya Rajapaksa to reconvene the House this week to discuss the current situation amid unprecedented violence and widespread protest against the government over the country’s worst economic crisis in decades. 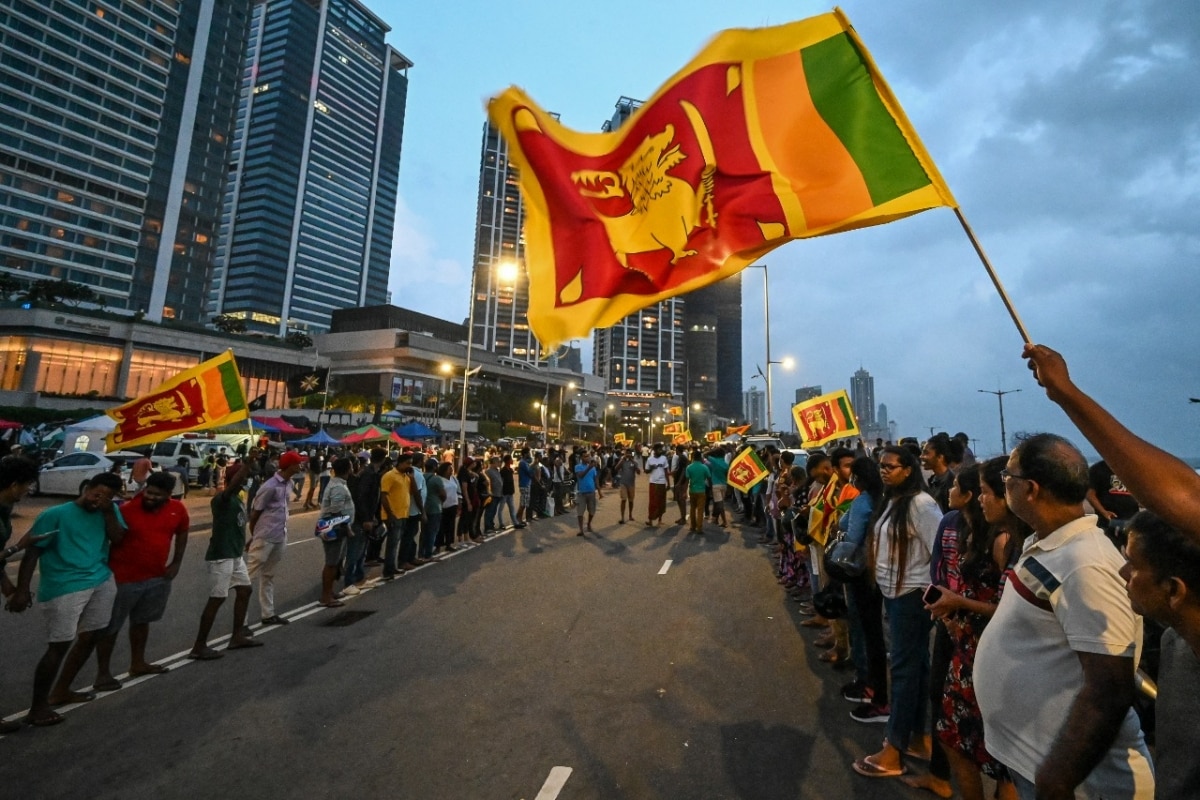 Anti-government demonstrators take part in a protest near the President’s office in Colombo on May 10. (Photo: AFP)

“Damnatio memoriae”
Breaking down the statue of D. A. Rajapaksa.

9. Sri Lankan President Gotabaya Rajapaksa on Tuesday urged people to stop “violence and acts of revenge” against fellow citizens and vowed to address the political and economic crisis facing the nation.

10. The Colombo Stock Exchange has declared Tuesday as a market holiday due to settlement difficulties, nearly a month after it remained closed for a week amid the worst economic crisis in Sri Lanka.

(India Today could not independently verify the veracity of these videos. User discretion advised.)

DR Congo Says ‘Around 300’ Dead in Massacre by Rebels

DR Congo Says 'Around 300' Dead in Massacre by Rebels
PM must use influence to push China on border issue: Mallikarjun Kharge | India News - Times of India

Aaj Ka Panchang, 06 December, 2022: Tithi, Shubh Muhurat, Rahu Kaal and Other Details for Tuesday
SC: Can there be a law to protect privacy when gadgets seized? | India News - Times of India
No posts found

DR Congo Says ‘Around 300’ Dead in Massacre by Rebels