After a closed-door meeting with President Gotabaya Rajapaksa last evening, it was announced that Ranil Wickremesinghe would take oath as the new PM of Sri Lanka today.

United National Party (UNP) Chief Ranil Wickremesinghe will take oaths as the Prime Minister at 6.30 pm today, his party confirmed, as per a report by Lanka Mirror.

After taking the oath, Wickremesinghe will visit a temple in Colombo and thereafter assume his duties.

Peaceful demonstrations have been going on in the island country protesting against the crippling economic crisis. In a heated protest, government loyalists attacked demonstrators leading to two days of deadly mob violence in the country. 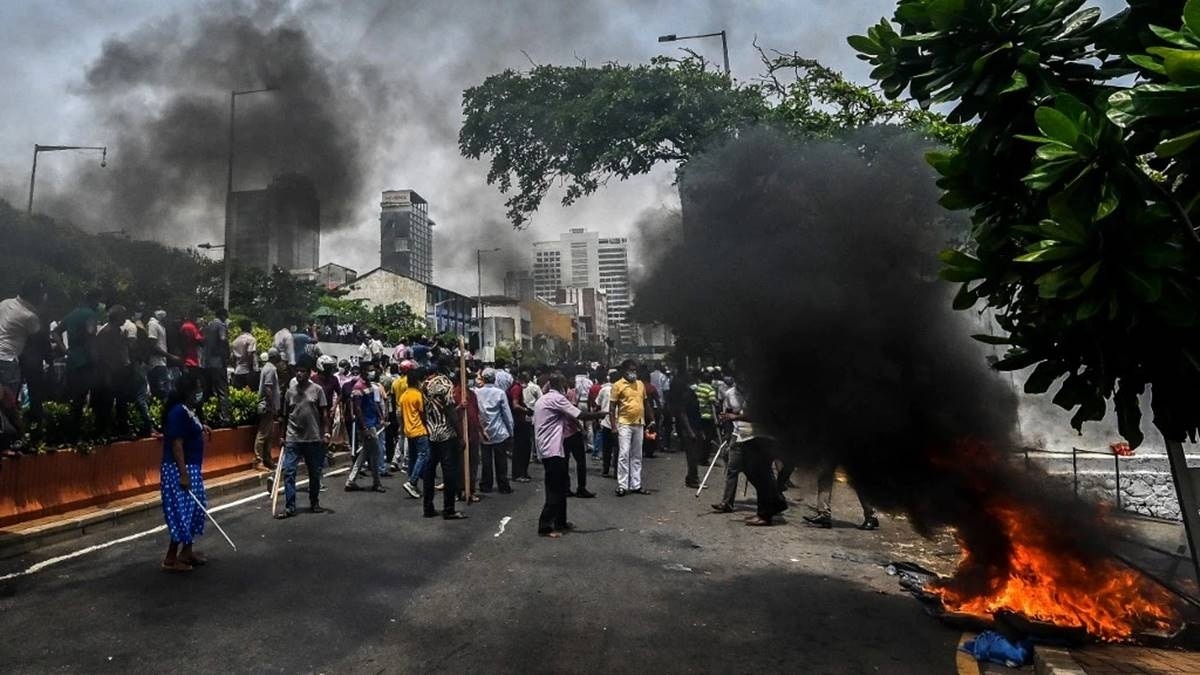 Demonstrators and government supporters clash outside the official residence of Mahinda Rajapaksa in Colombo. (Photo: AFP)

Several politicians’ homes, including that of the Rajapaksa family, have been set on fire by anti-government protesters.

On Tuesday, Sri Lanka’s Ministry of Defence ordered the Army, the Air Force, and the Navy personnel to open fire on anyone looting public property or causing harm to others.

Here's how Jio wants to take on Facebook's, Instagram's ‘most loved’ feature - Times of India
THIS person was the happiest and most fun at Ira Khan and Nupur Shikhare's engagement! - Pics inside - Times of India

5 Reasons Why You Should Get Your Pet Sterilised
1.2 mn Kerala students in 2,000 schools to benefit from 9,000 robotic labs - Times of India