OCD or Obsessive Compulsive Disorder is a psychiatric illness in which an individual experiences obsession that is repetitive, and recurrent, along with intrusive thoughts, ideas, or images that can be extremely difficult to manage, says Kamna Chhibber, clinical psychologist and head of the department of mental health and behavioral sciences at Fortis Healthcare.

She added that OCD tends to disturb the patient’s functioning and interfere with their ability to perform tasks, and despite recognising the intentionality of the thought, the individual is not able to dispute or check them.

Reema Gupta, senior clinical psychologist, Max Hospital Shalimar Bagh says that OCD involves obsessions, which are unwanted thoughts or doubts or fears or urges, or mental images. “These are uncontrollable and recurring in nature and force the patient to indulge in repetitive behaviors. These repetitive behaviors are known as compulsions.”

Chhiber says the thoughts and the compulsions take up a significant part of the individual’s time and take away from their productivity, leading to significant impairment in their functioning on social, occupational, and personal terms as well. “Often, people may avoid certain situations, people, or interactions where they fear that the obsessive thoughts or compulsive behavior can get triggered, and because there is anxiousness around it they would also engage in a lot of avoidance.”

What are the common obsessions?

Gupta points out the following common obsessions in OCD patients:

According to Gupta, the following are some of the common compulsions an OCD patient experiences:

• Repetitive hand washing or cleaning of self
• Excessive checking of things like locks and switches
• Arranging things
• Repetitive calls to loved ones to check if they’re safe
• Repetitive counting, tapping, touching, repeating certain words, numbers to make something correct

Adding to this, Chhibber says compulsions are concurrent in an individual who has OCD; “There are also compulsions which are actions that they enact in order to neutralize the thought process, and can be of different varieties of the compulsion that can involve checking and cleaning, among other things. So an individual may keep on going back to check that I put the lock or not, did I switch off the gas or not, etc. Some people may have accounting things number of times, so they have specific number according to which they would like to do things and they are not able to stop themselves from doing that.”

How to know if a person is fastidious or has OCD

In comparison, fastidious person is someone who is too meticulous and gives importance to tiniest of details. They find their capricious standards quite reasonable. These standards are not based on intrusive and illogical thinking. Once their work is done, they can keep it at bay. The associated anxiety or irritability would not be excessive, and can be easily controlled.

Gupta points out the following causes of OCD:

Chhibber mentions the treatment for OCD involves a dual approach in which the individual has to take psychiatric medication prescribed by a psychiatrist along with psychotherapy. “Usually, one of the most effective methodologies are working through therapy, including cognitive behavioural therapy, especially focusing on exposure and response prevention as it is one the primary techniques of helping the individual build their tolerance of the thought process and not engage with the compulsions.” 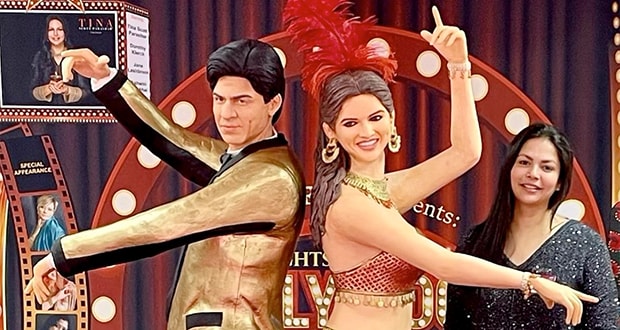