In the loud and confusing world of cryptocurrencies, fundraising efforts are forming around all sorts of causes. Groups known as decentralized autonomous organizations, or DAOs, have sent aid to Ukrainians whose lives have been upended by war, worked to offset carbon emissions, bought land and collected NFTs.

Now, after the leak of a Supreme Court draft opinion that would overturn Roe v. Wade, entrepreneurs and activists are floating ideas for an abortion-focused DAO. They see it as a way to provide money to women in more than two dozen states where abortion services may soon be severely restricted or banned — a kind of “Underground Railroad for abortion,” as Reshma Saujani, the founder of Girls Who Code and a host of the “De-Broing Crypto” podcast, put it in an interview.

The hubris of crypto idealists often draws the ire of critics on the internet, and with good reason. Boosters have promoted blockchain technology as a solution to just about every global problem, while, at the same time, cryptocurrency has created plenty of new ones — regulatory, environmental and otherwise — and helped some of the wealthiest people grow even richer.

And although many crypto enthusiasts dangle the lure of anonymity — an especially salient issue if Roe is overturned — because of the precision with which the blockchain traces transactions, paying for abortions using crypto could potentially have the opposite effect: exposing both the women getting abortions and the people paying for them. Not to mention that the crypto market just went through a major crash and regularly experiences wild price fluctuations.

Here’s how they think an abortion-rights DAO would work: Members would pool funds that would be used to pay for out-of-state travel, in-clinic procedures and the pills that account for 54% of abortions in the United States. Grassroots abortion funds have been doing similar work for decades, and multinational corporations such as Amazon and Citigroup have agreed to help employees cover travel costs. (In many states, there could soon be legal consequences for financially facilitating abortions.) DAOs have raised huge sums of digital currencies in short periods of time; abortion rights groups are in a rush to do just that.

Dr. Giovannina Anthony, an OB-GYN, feels the urgency acutely. She works at a small practice in Jackson, Wyoming — the only office in the state that provides abortions. If Roe is overturned, a trigger law will effectively ban all abortions in the state. Should that happen, she said, providers and women seeking abortions will confront new hurdles and costs.

Given the challenges of crypto, what may be most exciting about its role in the abortion debate — on both sides — is the problem fundraisers have always faced: how to raise money quickly.

Crypto for a Cause

Last year, thousands of people raised more than $40 million in Ether, a top cryptocurrency, through a DAO in just a week with the hope of buying a first printing of the U.S. Constitution. Then the DAO lost the auction to Ken Griffin, billionaire founder of the hedge fund Citadel, and the group began to dissolve.

Jonah Erlich, a core contributor, still thinks ConstitutionDAO was a valuable experiment. “The speed at which we were able to move, as well as how many people were able to contribute, was a big success,” he said. (Refunding contributors has been much harder; the group had to cover the high transaction fees associated with the Ethereum blockchain, so it’s working with less money than it raised. “That is a problem that’s still being worked on,” Erlich said.)

Separately, UkraineDAO, organized in part by Nadya Tolokonnikova of Pussy Riot, raised more than $7 million in a few days by selling an NFT of a Ukrainian flag. In March, Ukrainian President Volodymyr Zelenskyy signed into law a bill legalizing cryptocurrency exchanges in the country. As of that month, according to Alex Bornyakov, Ukraine’s deputy minister of digital transformation, the country had received nearly $100 million in crypto donations.

But these are isolated examples in what remains for many an impenetrable sphere of finance. Only 16% of Americans have experience with cryptocurrencies — through investing, trading or paying for things — according to a recent Pew survey, and more than half of them are men. Affluent men. Those demographics can mean that the fanciful projects some crypto entrepreneurs have proposed don’t always reflect public interests, and can seem driven by impulse.

“Anytime there’s a problem, people say that crypto or web3 is going to be the solution without putting much thought into it,” said Molly White, a software developer who has been archiving crypto crashes and missteps on a website called Web3 Is Going Just Great.

Activists and nonprofits are considering digital currencies as a way to raise funds. But can they really do anything other payment methods can’t? (Source: Mark Pernice/The New York Times)

White pointed to the crypto project Nemus, which aims to raise funds for the Amazon rainforest. “People are talking about protecting portions of the Amazon rainforest, but they’re using blockchains that are very damaging to the environment,” she said, referring to the energy-intensive process of putting cryptocurrencies into circulation. “It’s like they don’t see the damage they’re doing with the solutions that they’re proposing.”

There have been attempts to make crypto donations more accessible to charitable organizations. Change, a company that sells an interface for web donations, recently created a nonprofit arm that manages crypto wallets for charitable organizations. The point is to avoid “putting the daunting security, technical and accounting burden on them,” said Change CEO Sonia Nigam. Donations are paid out to those organizations — including Girls Who Code, Make-A-Wish Foundation and One Tree Planted — in the form of grants.

Most national abortion nonprofits and health care providers still do not accept cryptocurrency. Elliott Kozuch, a senior communications strategist at the nonprofit NARAL Pro-Choice America, wrote in an email that “crypto has not come up in conversation at NARAL, including in relation to the SCOTUS leak.”

But there could be a shift coming. Elissa Maercklein, CEO of Crypto Chicks, an NFT collective, said that the organization made a donation of 5 Ether (worth more than $15,000 at the time and around $10,000 as of Friday) to the International Planned Parenthood Federation in February; it was the first crypto donation the organization accepted.

“When I contacted them, they were a bit surprised, but excited to learn more,” Maercklein said. She has worked with IPPF to ensure the organization will accept crypto donations moving forward through a platform called the Giving Block. The platform also enables several anti-abortion groups, including Alliance Defending Freedom, National Right to Life and Students for Life of America, to accept donations in cryptocurrencies.

“We offer nonprofits the ability to protect donor privacy by allowing anonymous donations,” Alex Wilson, a founder of the Giving Block, wrote in an email. “This has become popular for human rights organizations where donors might not otherwise give for fear of retaliation or targeting based on a cause they support.”

Blockchain technology, which underpins every cryptocurrency exchange, produces a public ledger where all transactions are recorded. If that’s the case, is crypto really more private than other payments?

It can be. Monero and Zcash, for instance, are known as “privacy coins.” Unlike Bitcoin or Ethereum, Monero’s public ledger doesn’t show addresses or amounts for each transaction, making it harder to identify how funds are moving.

Justin Ehrenhofer, the vice president for operations at Cake Wallet, which allows people to store Monero, said the currency could be used to discreetly buy abortion pills in cases in which that may become illegal. (Right now, he said, common uses include black market purchases and ransomware payments.) But he noted that using Monero requires more technical expertise than Bitcoin or Ethereum.

In part because of the Silk Road, a digital black market where thousands of vendors sold drugs and other illegal goods from 2011-13, cryptocurrency is often thought of as a way to make private payments. But Sarah Meiklejohn, a professor of cryptography and security at University College London, said most digital currency payments were fairly traceable.

“The transactions that you make are less inherently tied to your name,” Meiklejohn said, because people typically use pseudonyms, but they are visible to everyone on a digital ledger. “Literally anyone in the world can go look at the transactions that are taking place.”

Pseudonyms, she said, “provide a really thin level of anonymity.” Chainalysis, which has become the U.S. government’s blockchain surveillance partner of choice, can identify patterns in transactions made through certain wallets, although a company representative said in an email that Chainalysis aims to protect individual privacy. Likewise, Coinbase, one of the more mainstream cryptocurrency exchanges, states on its website that it maintains records of transactions and may report some to law enforcement.

Dr. Rebecca Gomperts, a physician and the director of Women on Waves, a nonprofit that provides resources for abortion seekers, found this to be the case when she tried setting up her own crypto wallet. “It had exactly the same diligence requests as a normal bank account, where you have to provide IDs and other information,” she said.

She could see how anonymous transactions might appeal to abortion providers, whose work could soon turn them into legal targets. But, she said, “I haven’t found a cryptocurrency where you can do that.”

Legal scholars are not convinced that cryptocurrencies would shield patients in most cases. Abortion bans “will cover everything, whether you pay with cash or crypto,” said Rachel Rebouché, the interim dean at the Temple University Beasley School of Law and an author of a forthcoming paper called “The New Abortion Battleground.”

“If abortion is illegal in your state — it doesn’t matter whether you get a surgical abortion, a medication abortion, whether you self-manage your abortion — if it’s illegal, it’s illegal,” said Kimberly Mutcherson, a dean and professor of law at Rutgers Law School who has focused on reproductive rights. (In the first three months of this year, 22 states introduced more than 100 restrictions on abortion pills approved by the Food and Drug Administration, according to the Guttmacher Institute, a reproductive health research group that supports abortion rights.)

Still, organizations such as Planned Parenthood are keeping an open mind about how they might raise and distribute funds.

Alexis McGill Johnson, president and CEO of Planned Parenthood, said the organization was “looking into a number of things” in the realm of cryptocurrencies but would not divulge details.

“The bottom line is all of the options are on the table,” she said.

(This article originally appeared in The New York Times.)

PrevSevere malnutrition or wasting, ‘excruciatingly painful’ threat to child survival
This Lemon Garlic Chicken Pasta Is The Perfect Summer Recipe That Will Make You DroolNext 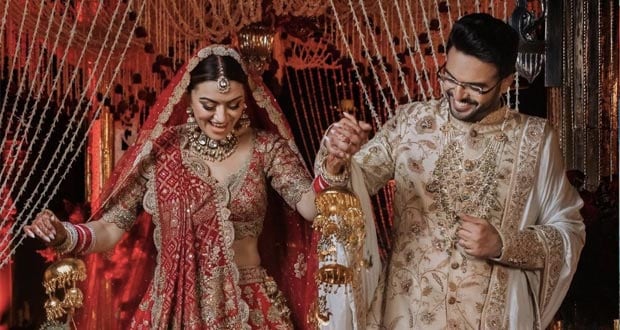